Spot 31, Inc., has its roots in the congregation of Hope United Methodist Church in eastside Tulsa.
​
One evening in the summer of 2011, a small group of Hope United Methodist Church adults sat down for their Wednesday evening meal and worship service. As they served the meal, two elementary-aged children walked in the door. They smelled the food and the adults invited the children to join them.  They all ate and talked for a while. The congregation found out the children lived right next door, and told them they were welcome to come by anytime.
​
The next week the two neighborhood children returned to Hope  and brought along two friends. These friends then brought their friends, and these friends brought more friends. In just a matter of months, the church went from serving twenty adults to feeding fifty, sixty, seventy, and eventually eighty neighborhood children (and anyone else) who would show up on a Wednesday evening.
​
Hope had no children’s program, no gym, no fancy playground. Yet, every Wednesday at 4:30 sharp, the crowd of elementary and middle school kids would begin to gather. They just wanted to hang out until dinner, talk to each other and the adults, and then hang out some more.
​
Hope took a good look at their eastside Tulsa neighborhood, and discovered it was one of the most diverse multi-cultural neighborhoods in the country.  Located on 31st Street between 129th East Avenue and Garnett Road, the neighborhood is 41% Anglo, 32% Latino, 13% Black, 4% Asian, and an additional 10% comprised of a variety of cultural and ethnic backgrounds. As many as 15 languages were being spoken.  The church found out that there were more neighborhood households speaking African languages than in any other similar neighborhood in the US.
​
Hope also discovered that more than 20% of area children lived below the poverty line.   At least 1/3 of the children were experiencing food insecurity, with some area schools providing subsidized meals to 100% of their students. The neighborhood was poorer than 75% of the rest of the country.  The church also discovered that public schools were overcrowded and underfunded, and that the area crime rate was three times the US average.

The congregation finally understood.  Their unexpected visitors were after a hot meal and a place to feel safe for a few hours, among trusted adults. They wanted a community that breathed hope and affirmation.  These children found in Hope persons to champion them, to step up to the plate for them, and to tackle some of their larger social, educational, and physical needs of eastside Tulsa.  Because of all of this, the small, aging St. Matthew’s congregation soon became “The Spot” for children and youth to gather.

In the fall of 2014, in order to do even more for children, Hope United Methodist Church formed Spot 31, Inc., as an independent charitable organization. 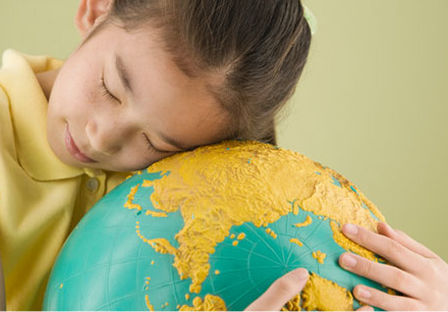